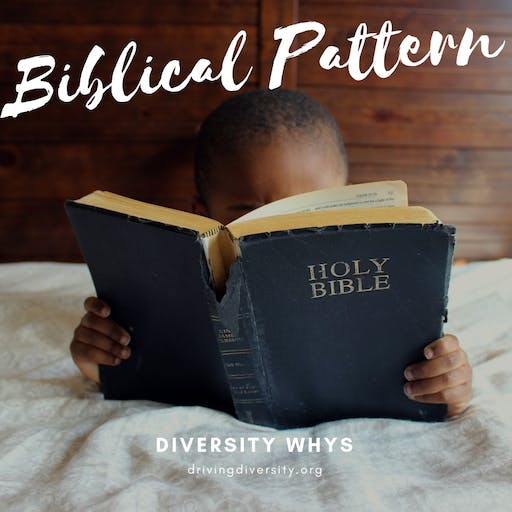 Now there were staying in Jerusalem God-fearing Jews from every nation under heaven. When they heard this sound, a crowd came together in bewilderment, because each one heard their own language being spoken. Utterly amazed, they asked: “Aren’t all these who are speaking Galileans? Then how is it that each of us hears them in our native language? Parthians, Medes and Elamites; residents of Mesopotamia, Judea and Cappadocia, Pontus and Asia, Phrygia and Pamphylia, Egypt and the parts of Libya near Cyrene; visitors from Rome (both Jews and converts to Judaism); Cretans and Arabs—we hear them declaring the wonders of God in our own tongues!” … Those who accepted his message were baptized, and about three thousand were added to their number that day.
– Acts 2:5-11,47

Now in the church at Antioch there were prophets and teachers: Barnabas, Simeon called Niger, Lucius of Cyrene, Manaen (who had been brought up with Herod the tetrarch) and Saul.
– Acts 13:1

Should local Christian congregations strive toward ethnic diversity? Does it really matter? Does God even care?

It’s funny to me that this question is rarely asked and, if it is addressed, it is glossed over by many as unimportant. The status quo seems to override any concern regarding what “should be.” Yet, this seems to be somewhat unique in the church world. We rarely say, “Well, lots of people are promiscuous and prefer fornication over purity, so let’s just leave it that way.” Or, “People just don’t like giving. They prefer spending their money on frivolous purchases rather than on God’s work. Let’s stop bringing it up.”

We don’t do that, nor should we. As believers we are guided by Scriptural teaching and also, quite often, by Biblical pattern. How many times have you heard people talk about the early church and how it is a model for us today? It is a model of purity, generosity, boldness, community, and scores of other desirable Christian traits. Yet, diversity rarely, if ever, makes it on this list. Why?

The simplest answer is that we don’t look at this text at all the way Luke (the author) intended us to. First of all we have transformed the thesis of his book, “Jerusalem, Judea, and the outer most parts of the world,” to mean we should start our Christian work in our hometown, with our own people and work out from there. The only problem with this interpretation is that Jerusalem was not the apostle’s hometown. Even here in Acts they are described as “Galileans,” a term I do not think connoted respect and admiration. If you read Luke’s first volume, traditionally refereed to as “the gospel of Luke”, you’ll see that it ends with Jesus explanation that “repentance for the forgiveness of sins will be preached in his name to all nations, beginning at Jerusalem” Luke 24:47 (emphasis mine). The apostles were not from Jerusalem. They probably neither liked nor where like there. Yet, they went there, in obedience to Jesus command, because the plan of God was clearly to spread the gospel from there to the nations. What better way to do that than to share it with the nations on the very day of the church’s birth?

It’s clear that the church born on the day of Pentecost was made up from “God-fearing Jews from every nation under heaven.” Yes, these new converts to gospel were all “Jews and converts to Judaism,” but they were definitely multi-ethnic, multi-lingual, and multi-racial. Multi-racial? Yes, remember the Ethiopian eunuch from Acts 8. We are told he was in Jerusalem to worship and he was reading Isaiah in his chariot. Therefore we can conclude that he was both Jewish and Ethiopian. There were Ethiopian Jews in Moses day (Numbers 12:1) and they still exist today.

Thus, the very first community of believers was this wonderful mix of languages, ethnicities, and races. Did this mixing of peoples cause difficulties? Of course, bringing together more than one person usually causes problems. The first issue the church dealt with that Luke tells us about was caused by real or perceived ethnic discrimination (Acts 6) and was dealt with by real gospel-centric action.

There is also the wonderful pattern of the church in Antioch. Look at the name of the leaders of the church that launched Barnabas and Paul’s missionary journeys. Jews, Gentiles, and a man called Niger-black. Whether Niger was a Jew or a Gentile we don’t know, but we do know that this Christian community was so unique that people had a hard time defining them. The church in Jerusalem, being all Jewish, was regarded as one of many Jewish sects. The church in Antioch was so different in it’s make up that those around had to come up with a new name for them- Christians (Acts 11:26).

If this is not enough of a pattern for you look over the list of names Paul sends greetings from and to in his epistles. You’ll find them varied and diverse in every way. Male and female, Jew and Gentile, slave and free (Galatians 3:28). Was this easier to achieve in their day and age? No. They had the same national pride, ethnocentrism, and much, much worse social class distinctions. Yet, those believers were able to find unity and community through living out the genuine gospel of Jesus. Now there’s a pattern we really need to follow.